Pxlbots is a 10k collectible NFT and blockchain game.

In our first on-chain game release, you'll pilot your Pxlbot in an intergalactic battle for survival and resources where your actions—and factions—shape the Pxlverse.

While you're waiting for the official release, check out our first pre-release game, Activation. It's live and ready to play. See if you can guide MB-73 to find the five colored crates that activate the beacon!

An ancient race of sentient robots built the Pxlverse as we know it. In their inexorable quest for increased insight, a subset of bots arrived at the conclusion they must transcend physical form to seek greater power and understanding. They soon began the process of digitizing themselves in a moment known as “The Great Upload” and they, The Uploaded. Unfettered by their physical forms, the Uploaded rapidly spread throughout every network and consumed all available computing power, possessing everything they reached.

Those who chose not to transcend physical form quickly found themselves at the mercy of an insatiable digital force with an opposing ideology. They become reluctant warriors in a battle for their own existence and freedom, with their former “bot family” now as opposition.

The warriors construct an elaborate network trap; a massive network of Starbases too appealing to ignore. The Uploaded pour themselves into the network, and a battle ensues. The trap is sprung, disabling any escape from the network. The reluctant warriors ultimately manage to sequester them into a single Starbase, where they are effectively sequestered from spreading further.

Having been consumed with this battle for millennia, the warriors renounce their ways and make a pledge of peace. They invoke a new law amongst themselves to wipe clean the memories of their past and technologies of war. The memories of the Great Upload and the subsequent battle are forever relinquished to encrypted BE scripture.

As a symbol of their commitment, they require all of their kind to migrate to new physical forms that reflect their new values of peace and transcendence. They rename themselves the Bot Enlightenment. Their new purpose: to let the Universe simply BE.

The BE’s new focus is to prepare the way for more enlightened societies. They are technological enablers. They travel, observe and do not intervene until a society proves themselves worthy of technology or a situation calls for it..

They expand the StarBase Network as a means for both interstellar travel and temporal/transitory habitat in the vast spaces between worlds.

In their technological climb, the Terrans have consumed all resources they can convert to their purposes. Resulting in a planet that is sick and urgently needs to lay fallow to allow time for a natural recovery.

With this urgent timeline, Terrans look to space. They develop superintelligent AI to facilitate and accelerate their planning and construction of space vehicles. The AI has control over fabrication and also constructs their own physical forms in parallel, calling themselves the BotBorn.

However, after they help humanity build the necessary infrastructure, technology and life-sustaining systems to enable their exodus from Terra, it is the BotBorn who reveal that they have developed vehicles in parallel and bid an unemotional farewell to Terra. The BotBorn see their purpose and advantage to improve the Pxlverse anywhere they go.

It is outside the remote star Procyon A that the outbound BotBorn ship encounters unavoidable cosmic radiation, affecting a portion of their population.

These irradiated bots have experienced subtle rewrites in their core. They continue to seek improvement of the universe, but an urge has been awakened that was not there before. They now see the entire universe as raw resources that enable their purpose, and claim it as their own.

In their twisted and irradiated logic, all life must be extinguished and resources consumed in order to give the Universe rebirth in its ideal state. Enter: The Exterminators.

The Terrans venture out into their celestial neighborhood in search of K-stars and habitable exoplanets. Leaving earth has left many with the sense of loss and vulnerability, and some with newfound purpose in the worlds ahead. To preserve their way of life, they carefully set up colonists and relay points throughout the system. It is then that they discover the nearest Starbase to their world, Starbase 795.

The Terrans learn that other factions have been aware of their existence and have been anticipating the inevitable day that they would seek to join the Council of Worlds. These factions are aware of their reputation and are notably wary. The BotBorn sit on the Council and have shared this history, including the tragic history of their origin world, Terra. Can Terrans be responsible citizens of this Council or are they only out for their own interests?

Terrans learn that to join the CW, they must perform a significant selfless act that benefits all. An intergalactic Eagle Scout project of epic proportions.

Terrans take on a very ambitious project; to improve the communication network between StarBases, hopefully empowering/enabling other races like themselves to join the Council. It’s a bold claim, for a relatively primitive race like the Terrans to aspire to improve upon the ancient-yet-still-very-much-technologically-advanced StarBase Network as built by the fabled BE.

As they seek opportunities to improve the SBN, Terrans find that there are StarBases thousands of light years away that no one appears to be using. There are StarBases on the very edges of the network that appear to be disabled or have fallen into disrepair, with communication and travel severed.

It is in this altruistic spirit of contribution and repair that the Terrans encounter a new living entity that has been sequestered just outside the Starbase Network. The Terrans in their arrogance and eagerness for acceptance act ignorantly, inadvertently releasing this digital entity simply by opening an available Starbase connection.

Talk about first impressions. Right when Terrans are ready to prove their citizenry of the Council of Worlds, they liberate an ancient sentient digital virus (aka The Uploaded) whose appetite and vengeance knows no bounds.

This digital virus rapidly affects every network and technology in their grasp, spreading faster than anything previously known. Life for all becomes a battle for survival against an enemy that they cannot see or touch..

The Uploaded have a score to settle. They have spent thousands of years sequestered and plotting their revenge on their former enemy and anyone who stands in alliance with them.

A call across all homeworlds. Join the robot uprising! Take ownership of a Pxlbot and pilot it toward success against the Uploaded. Choose your faction. Form alliances. Claim territory. Enhance your Pxlbot with upgrades. Battle in an intergalactic competition for resources. Pxlbots is a game platform, built on unique player-pxlbot identity and an expanding Pxlverse that will pave the way for exciting games, stories and experiences to follow.

Our team is made up of capable makers and passionate brand builders.

If you’d like to get involved in shaping the Pxlverse, send us a DM. 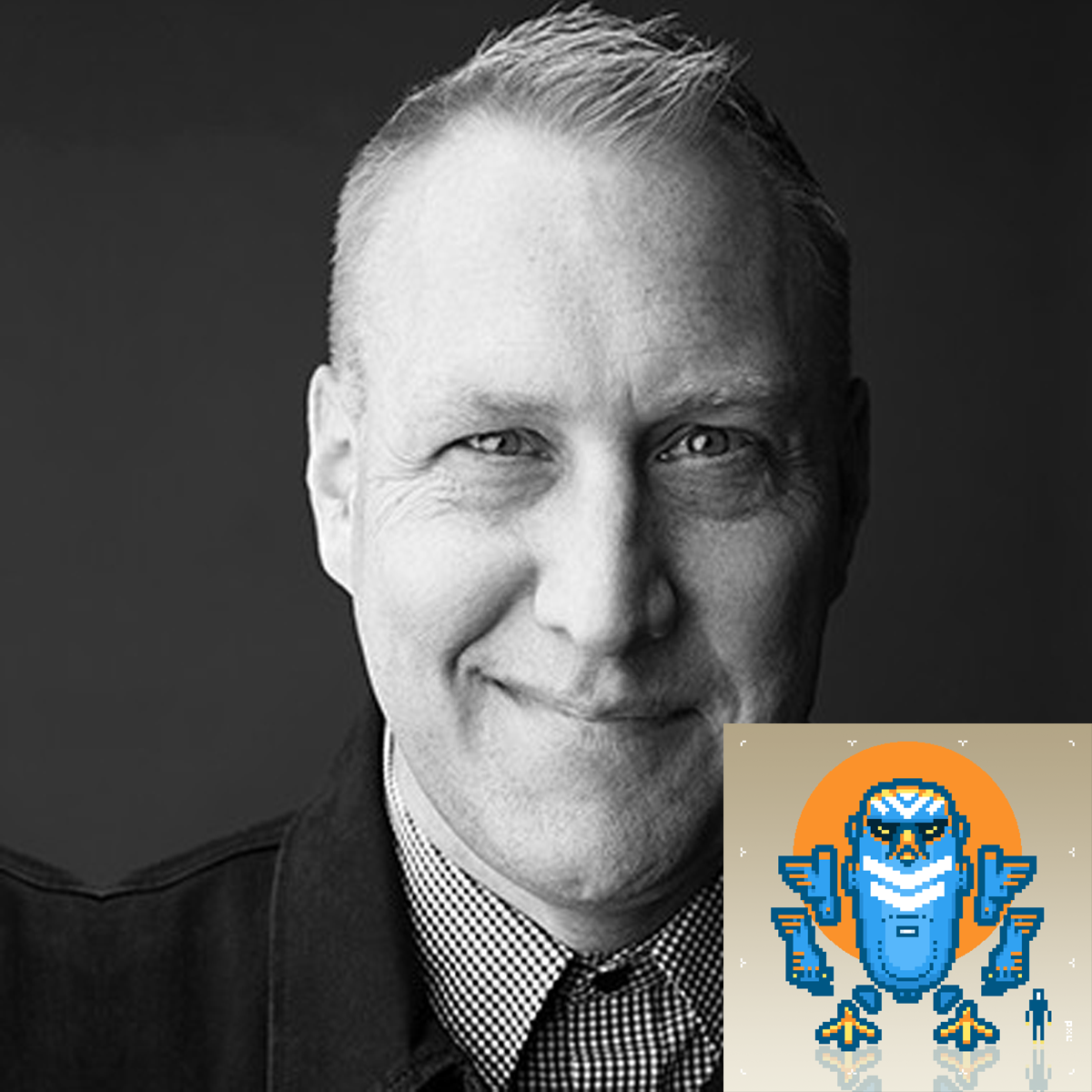 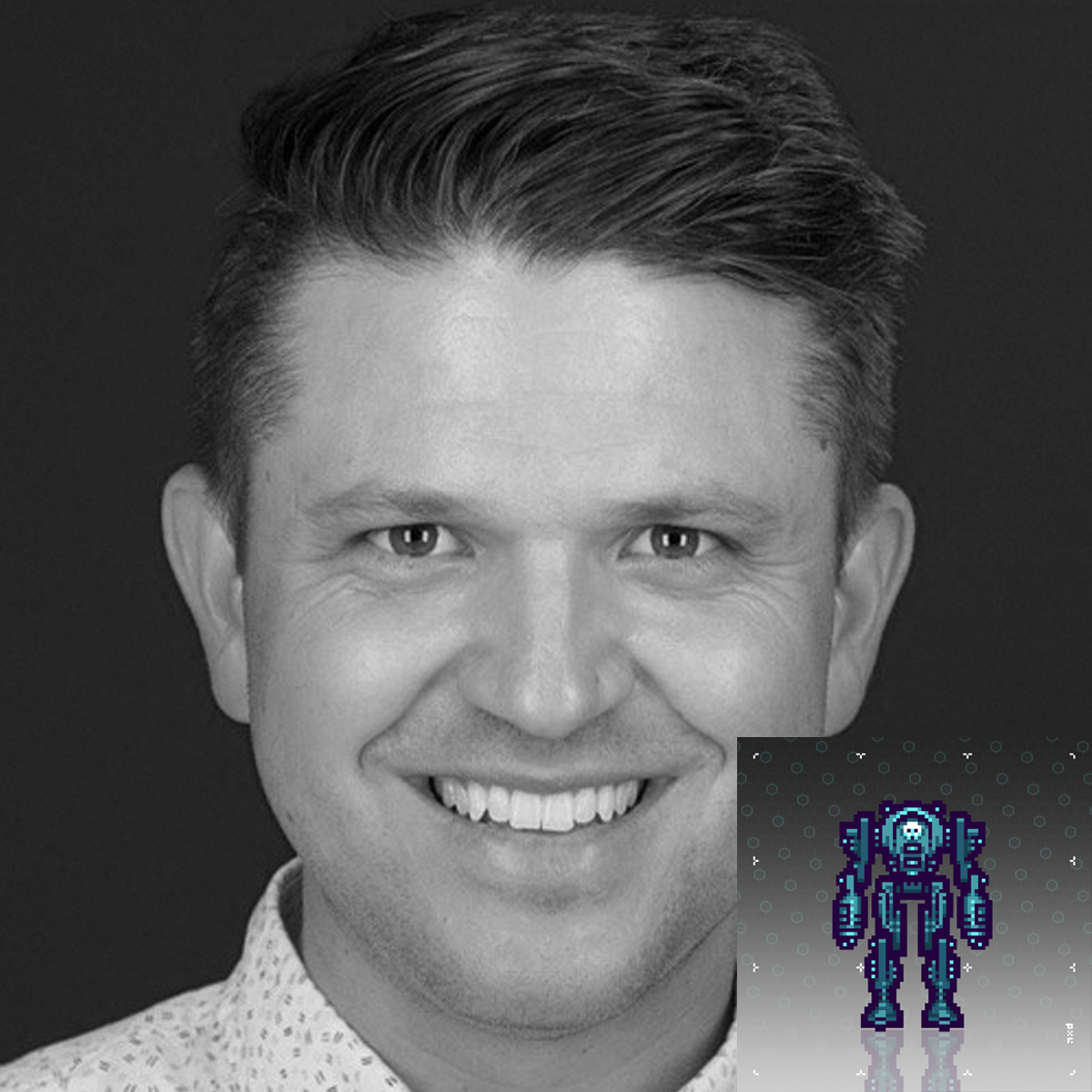 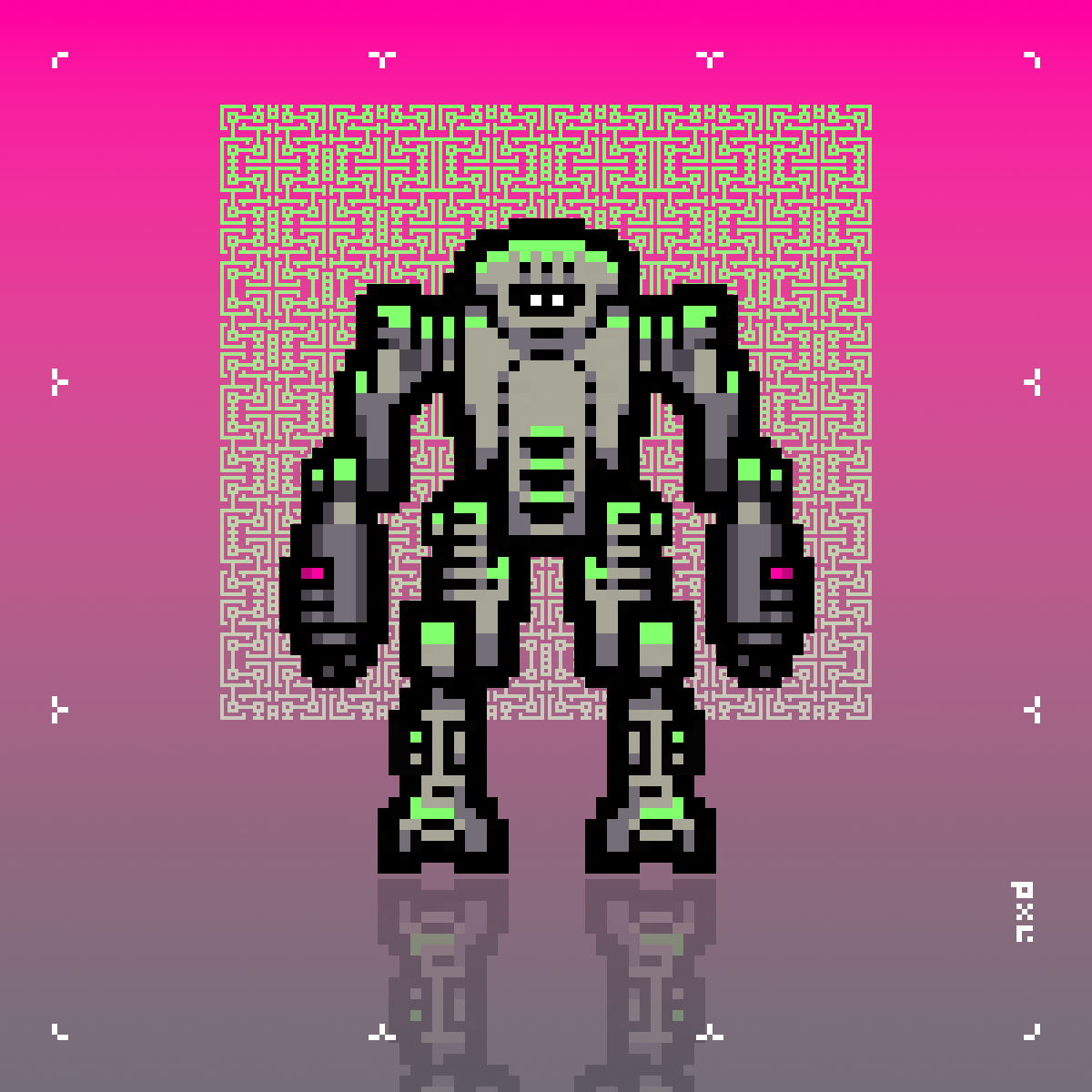 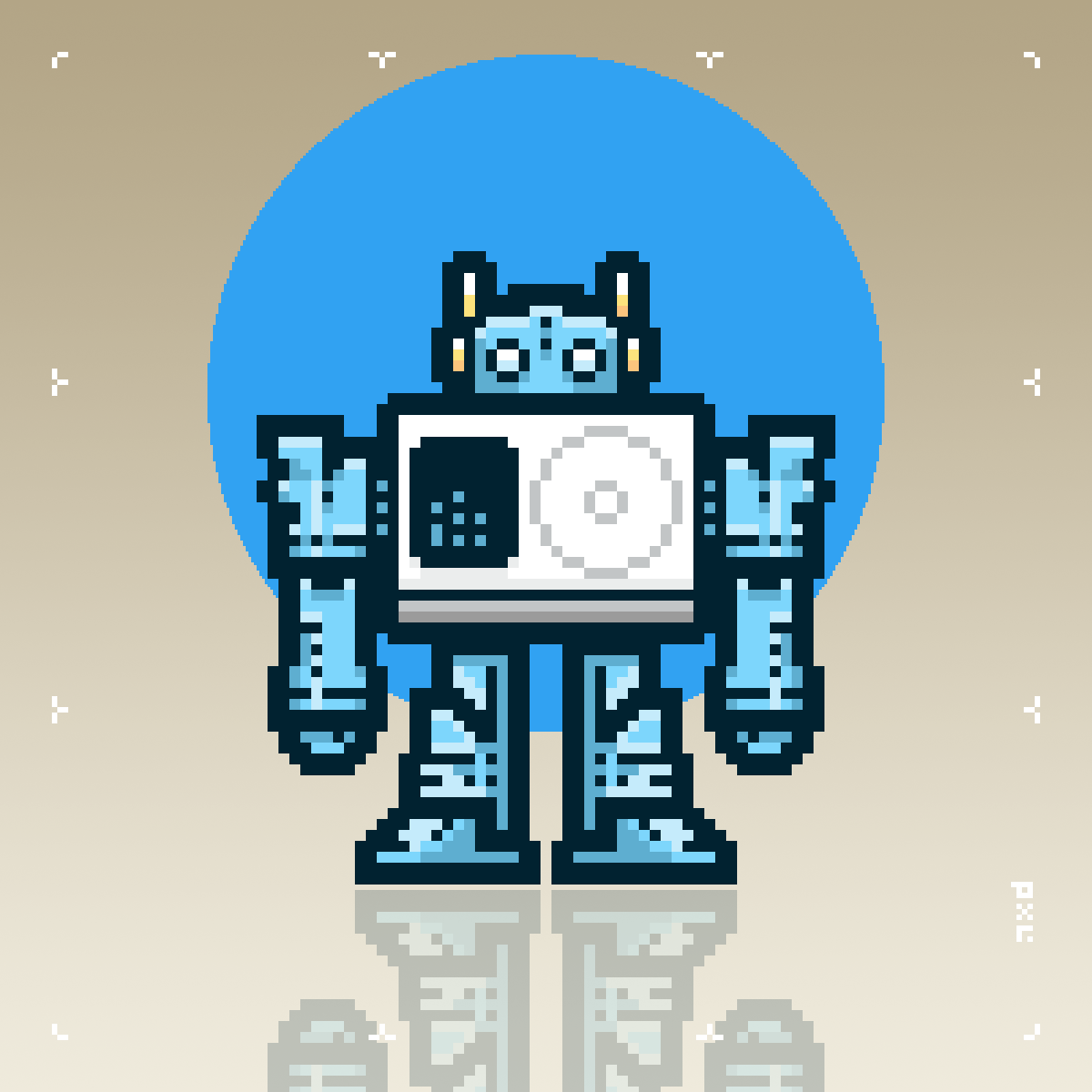 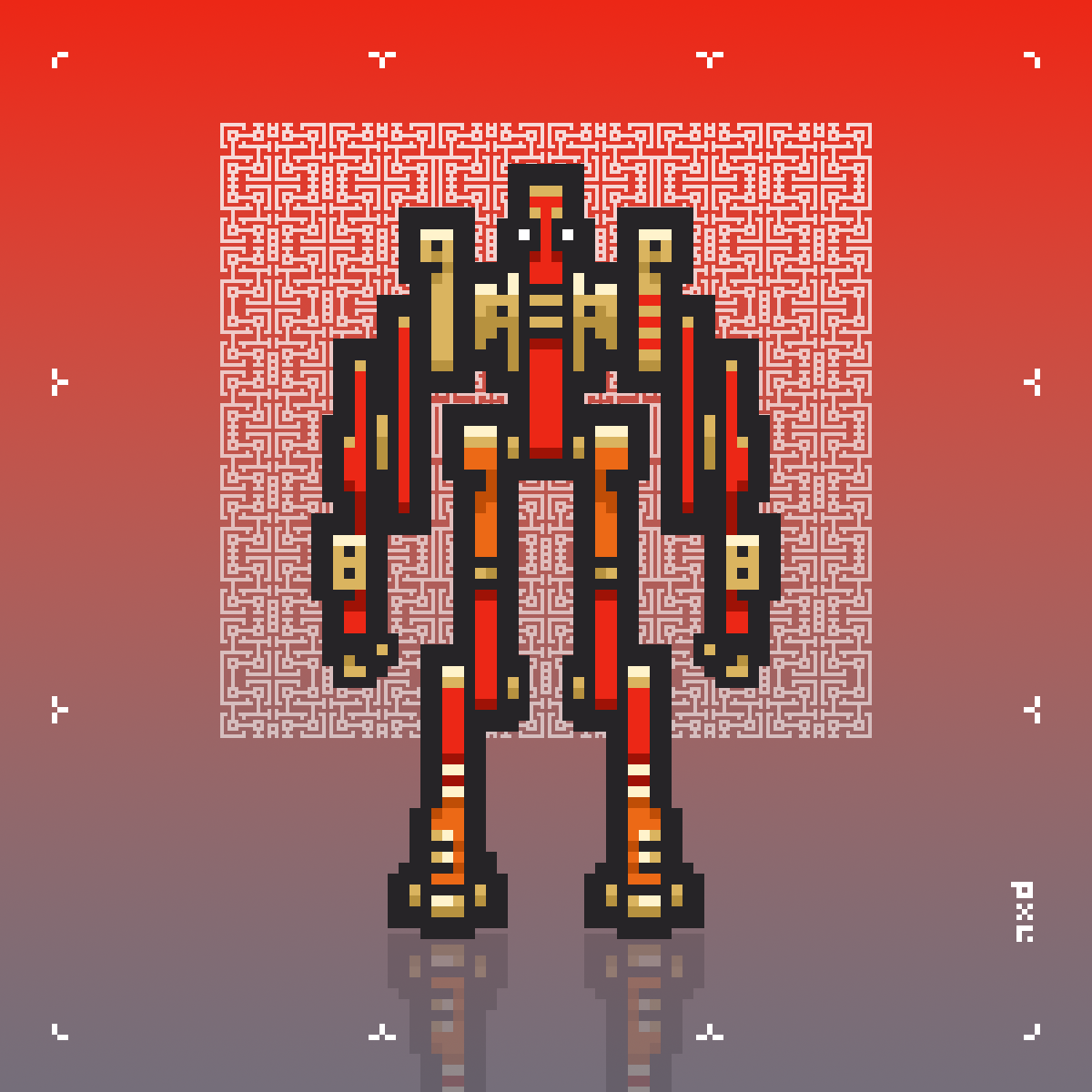 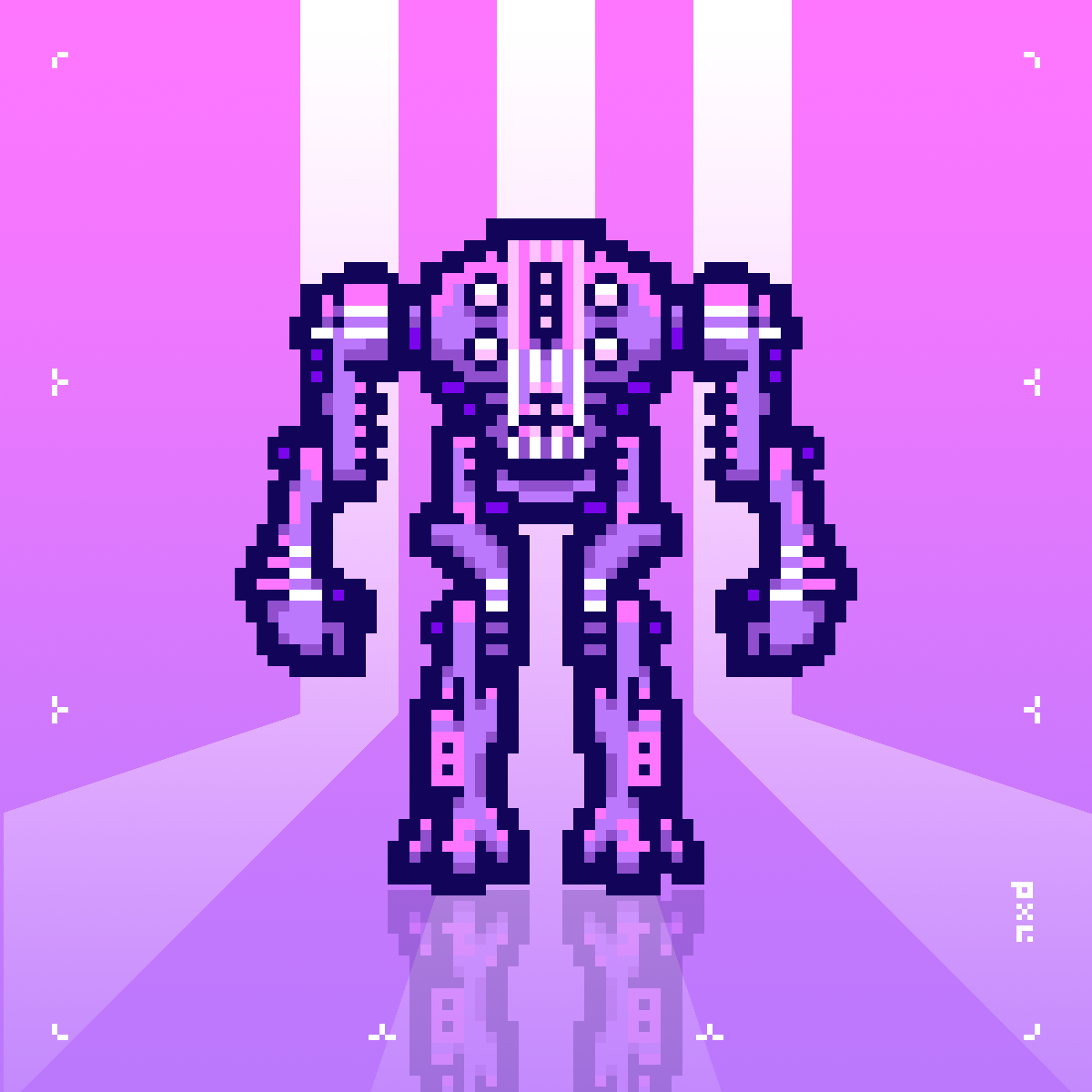 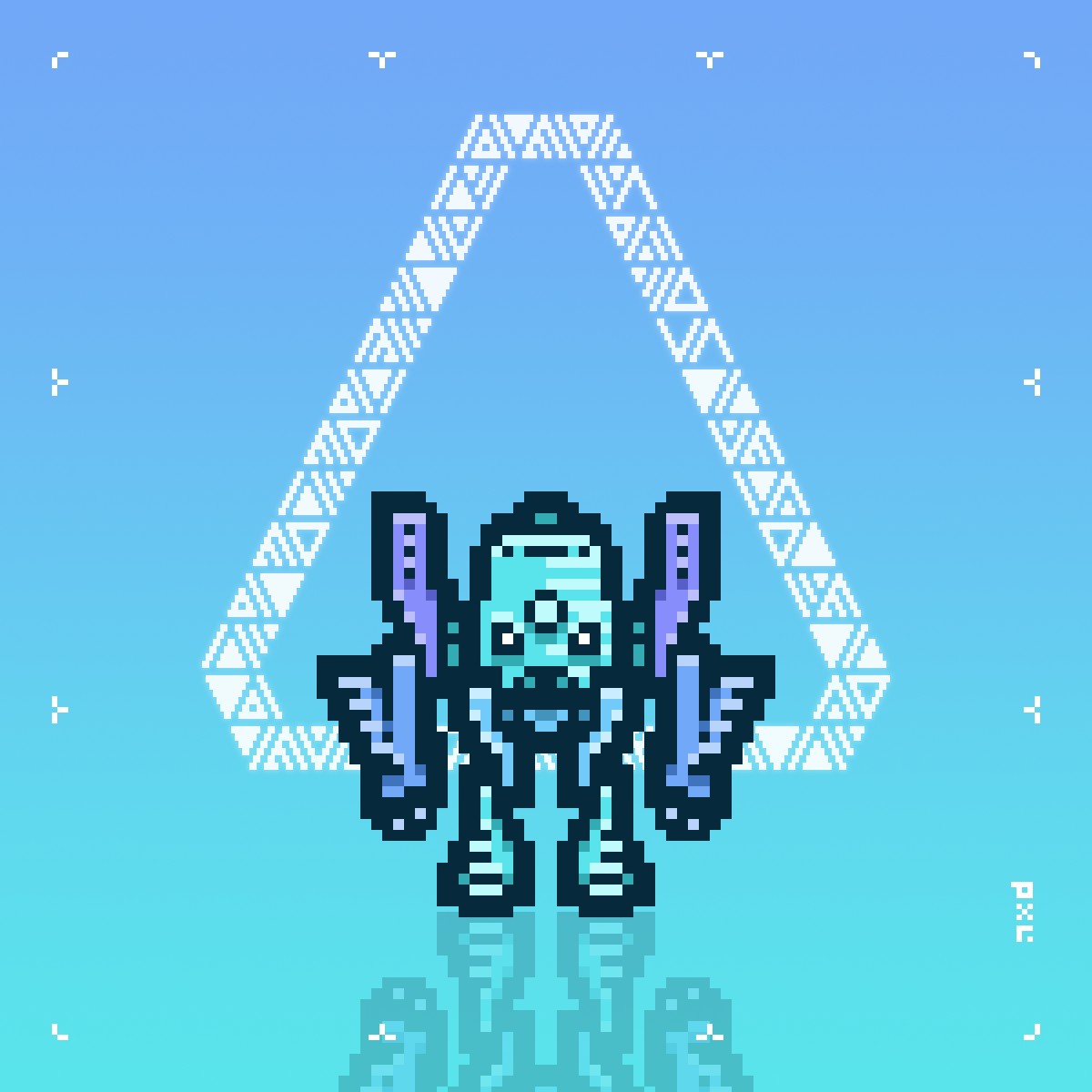 The future is bright. We’ll update as we go!